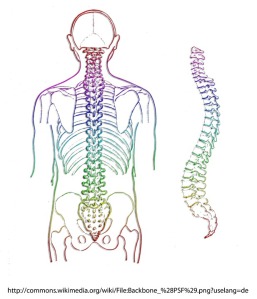 When thinking of chiropractic therapy, many people immediately become squeamish, distrustful, or just ambivalent.  “I can’t stand the sound my neck makes,” “I will never go to a chiropractor again,” or “I don’t need to see one,” are all common phrases on the topic.  In our culture’s view, it sits on a fine line between medically sound and expensively unreliable.  Those who support it are usually those in the field, and everything else you read are usually people sharing horror stories.  So where did chiropractic therapy come from and what does the research say about it?

“According to the World Health Organization’s (WHO) definition, chiropractic is ‘a health care profession concerned with the diagnosis, treatment and prevention of disorders of the neuromusculoskeletal system, and the effects of these disorders on general health’. Chiropractic treatment procedures emphasize the manual techniques, including joint adjustment and/or manipulation, with a specific focus on subluxation.”  (Salehi, Alireza, http://www.ncbi.nlm.nih.gov/pmc/articles/PMC4591574/).

Wikipedia’s definition of subluxation “implies the presence of an incomplete or partial dislocation of a joint or organ.”

Chiropractic focuses heavily on the spine because the spine is the highway our central nervous system uses to send signals to the body.  When a vertebrae shifts out of alignment, it can cause stress that directly affects the areas receiving signals specific to that area of the spine. 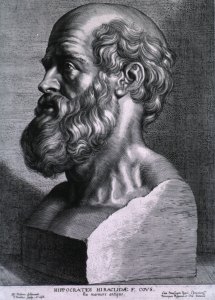 Spinal manipulation can be traced back to before the time of Hippocrates.  Interestingly enough, this famous doctor, author, and philosopher distrusted the medical system of his time, the Cnidan School of Medicine, because they only treated the part of the body that was negatively affected.  Sound familiar?  Hippocrates was a huge proponent of spinal manipulation and even created the inversion table to cure his patients of scoliosis.  He has penned many of the famous quotes we have on health today, such as “Your foods shall be your ‘remedies,’ and your ‘remedies’ shall be your foods,” or “get knowledge of the spine, for this is the requisite for many diseases.”

It wasn’t until Daniel David Palmer that a scientific rational was attached to the practice in 1897.  This is where the word Chiropractic, or “done by hand” in greek, became attached to the application of

Palmer, without a medical background, created a means of therapy purely based on keeping the skeletal system in alignment to allow the impulses from the brain to freely travel throughout the body.  Andrew Still, with his medical background, attached a higher degree of importance to vascular health in Osteopathy, but also believed the body was an integrative system that needed to be treated as such to resolve health complaints.

One therapy was clear and specific, where the other incorporated many modalities, and theories, of medical treatment.

I believe Still thought of Palmer as the kid sitting behind him in grade school who received high praise for the work he just copied by looking over your shoulder.   So what did Still and the Osteopathic community do?  They licensed their practice (a feat in and of itself) and began a legal war against chiropractors for practicing medicine without a license.

What a rough beginning, and it didn’t get easier through the years.  DD Palmer’s standpoint on spinal manipulation was indeed unique.  He believed that God created our bodies with innate healing powers.  That we had something intangible inside of us that helped with healing and we had to keep these pathways open and healthy to prevent disease.  Quackery, most people would call it, yet science is now supporting his position.  From newly discovered research on the micro biome and how it influences our brain, we are beginning to understand that nearly every system in our body is integrated.  And that intangible healing power? 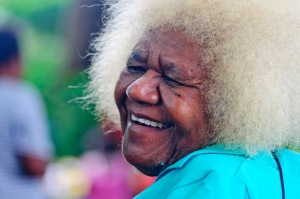 Cancer research proves that an anti-stress lifestyle full of happiness and laughter increases the chance of remission, if not curing it entirely.  http://healmindbody.com/spontaneous-remission-of-cancer/.

In all of the scholarly articles on Chiropractic, we find that the results are minimal when it comes to improving specific health conditions.  Keep in mind that individual accounts of healing, word of mouth from others, seeing chiropractic heal your child, all get thrown away as improvable evidence because it wasn’t part of a scientific study.  Another reason for this lack of “proof” is because there are very few who follow the entire treatment plan.

When you see a chiropractor, you are x-rayed and scanned to see where your subluxations and areas of muscle tension reside.  Once the problem areas are identified, a treatment plan is written up.  Often, one will need treatment at least twice a week for a month or two, and then once a week.  So many people are unprepared for this extensive time and financial commitment that they drop out entirely.  It’s not a con people, I promise.  When you have an area of the spine that has been out of place, or damaged, the muscles have changed with it.  If you aren’t consistently putting it back in alignment, it will fall back to it’s wayward place.  It’s like laying on an old mattress and trying to sleep six inches left of that body indentation worn in over the years.  You end up rolling right back into that pocket.

Another reason for failed scholarly evidence into how chiropractic heals the body, is that patients only want to treat the symptoms and not try for a cure.  You can continually go to the chiropractor, but if you aren’t engaging in exercise and eating healthy, you won’t see full results.  Eating a daily diet with sugar and carbs will wreak havoc on your gut lining and allow for pathogens to enter your blood stream, causing inflammatory diseases and impaired immune function.  Every co-pay or full chiropractic adjustment fee will be for a temporary fix, like paying rent for a house you live in once a month.

There are also chiropractors out there who are in it for the day job, not focusing on true healing techniques to better your life.  Here is a list of what to look for in a chiropractor, https://www.angieslist.com/articles/tips-find-best-chiropractor.htm.

A surprising find, among the research, is the amount of developmental disabilities that are improved with chiropractic.  I was ready to find the same, minimally conclusive evidence as before but I was blown away, and excited.  A study comprising of 157 children from 6-13 with severe developmental delays and other learning disabilities was commissioned to research the benefits of a multi modal chiropractic therapy.  Every one of the 157 children “showed improvements in the 8 psychometric tests and 20 areas of cognitive function compared with their values before treatment. Their ability to concentrate, maintain focus and attention, and control impulsivity and their performance at home and school improved.” (http://www.ncbi.nlm.nih.gov/pubmed/19836603)

Another “trial on autism involved 14 children and concluded that the clinical improvement of autistic children under full spine chiropractic adjustment can be enhanced four fold and may reach to complete cure if the technique of adjustment is shifted to upper cervical.” (http://chiromt.biomedcentral.com/articles/10.1186/1746-1340-16-11).  More support for this neural improvement can be read from a study just published which “shows that when we adjust the spine, we significantly increase activity in the prefrontal cortex. ‘The study showed a change in brain function by almost 20% on average’. The prefrontal cortex is the area in the brain where higher learning and cognition happens.” (http://circleofdocs.com/without-a-doubt-chiropractic-research-shows-adjusting-the-subluxated-spine-changes-brain-function/)

This is great news for developmental delays and disabilities!  There are still more benefits I have not covered, but I will leave that for another day.  This information was intended to root out the reasons for our distrust in chiropractic therapy.  The main reason being our blind trust for modern medical practices.  We have accumulated so much knowledge in the past century that, as Dr. Natasha Campbell-McBride explains it in her book Gut and Psychology Syndrome, “No doctor in the world can possibly know it all in detail, so specializing allows doctors to concentrate on a particular area of knowledge, to learn it thoroughly and to become an expert in that area.”  We are in an unprecedented situation where we are so proficient in treating the symptoms people are having, that we have lost the practice of taking care of the body as a whole.  With the severe lack in nutritional training and treatment developed without the new understanding of gut bacteria’s influence on immune and psychological function, more and more people are getting sick.  We have lost the ancient wisdom of healing the body from within.  Let’s start taking a more functional approach to healing.

Here’s a shout out to my amazing chiropractors who were the first people to help us with Calum.  It was the first time we have ever seen an improvement in his symptoms (night time screaming, screeching, clumsiness, irritable bowels, etc.) Also, after the very first adjustment, Calum was able to jump with two feet for the very first time. Not only did they help him, they helped all of us.  Dr. Stefanie was even there for the birth of our fourth child, for support and to adjust myself and our newborn son.  So if you are in the Charlotte area, these people are family.

This site uses Akismet to reduce spam. Learn how your comment data is processed.